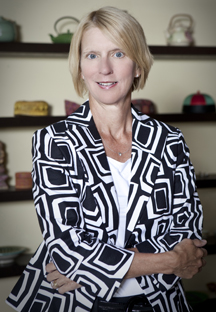 “Margie has a wealth of experience in both the vaccine industry and the HIV field, a deep understanding of global health, public policy and development issues, and strong business acumen,” said Paul Klingenstein, chairman of IAVI’s board of directors.

McGlynn, who goes by Margie, is no stranger to IAVI, having served as a member of its board of directors since 2010. As president of Vaccines and Anti-infectives at Merck, McGlynn was responsible for a US$7 billion portfolio of products and oversaw the launch of several vaccines and drugs, including the first vaccine to prevent cervical cancer and the first in a new class of AIDS drugs that blocks a key enzyme needed for HIV replication. She also helped form the Merck Sharp & Dohme (MSD)-Wellcome Trust Hilleman Laboratories, a partnership between Merck and the Wellcome Trust that has led to the establishment of a research center in India that will focus on developing vaccines most applicable in developing countries. While at Merck, McGlynn also endured the disappointing failure of Merck’s adenovirus serotype 5 (Ad5) AIDS vaccine candidate in a large international study known as STEP.

“I have long been passionate about ensuring that people in the developing world can access life-saving medicines and vaccines, and I am delighted that, in my new role as CEO of IAVI, I will be able to contribute to advancing the search for an effective AIDS vaccine that one day will be available to all of those who need it,” said McGlynn.

McGlynn retired in 2009 from Merck after more than 26 years there, and in recent months has been devoting her attention to advocating for more research on potential new therapies for a rare genetic disease that has affected her family. She, her husband Kevin, and their two children, John and Kelly, make their home in Pennsylvania. —Regina McEnery